El Sistema which has started in Venezuela, South America, is now spread to more than 70 countries and areas.

In the World Children’s Festival 2020 in Japan, we invite 8 countries from various organizations in the world which has programs based on El Sistema.

One of the reasons that the name of “El Sistema” has spread to all over the world is that it has produced many young artists who gain high recognition internationally.

Today, we would like to introduce Mr. Edicson Ruiz who is said to be the first star of El Sistema.

He started playing double bass when he was just 11 years old.

At the age of 15, he took 1st Prize at the International Society of Bassist Competition in Indianapolis, USA.

He has played in many noted festivals such as the Salzburg Festival, the Lucerne Festival, and has performed as soloist in major metropolises with many eminent orchestras.

In Japan, he played a double bass concerto in “El Sistema Festival 2013 in Tokyo”.

He came back to Tokyo in October 2017 in El Sistema Festival 2017 and he showed us how rich and beautiful the sound of double bass can be in the chamber music concert.

On another stage next day, he played Koussevitzky’s concerto with “Fellow Orchestra”, which is an orchestra by amateur musicians sympathized by El Sistema.

Under the baton of Maestro Michiyoshi Inoue, he also performed with Soma Children’s Chorus, “Ensoku” suite for children’s choir and orchestra by Naozumi Yamamoto.

In this festival, many audiences should have been attracted by his overwhelming technic, expression and his love for music.

In December 2017, he came back and visited many parts of Japan for his Japan tour of duo recitals with a pianist, Yohko Kikuchi.

In the lunch time concert in Iwaki Alios in Fukushima, the 25 representatives of “Soma Children’s orchestra” joined the concert as a surprise.

They played Bach’s Air together with Edicson and Yohko.

Rehearsal before the lunch time concert

“Soma Children’s Orchestra” has once had a Berlin tour in March 2016 to express their appreciation, but at that time they could not see Edicson as he was on a tour.

But Edicson heard about the Soma children from other members of Berlin Philharmonic Orchestra, and he was looking forward to this opportunity to finally play with the children.

At the end of the concert, he became one of the most respectable and memorable artists for the children, as he always gave advise in their rehearsals and also as he talked, shook hands and gave signatures, eye to eye to each child.

After Typhoon Hagibis, which was one of the most devastating typhoons, hit Soma and other parts of Japan in this October, he sent a message to Soma Children. We would like to share this to you with gratitude and respect to him.

Please see all the smiles!!

Japan and Venezuela. We have different backgrounds and problems.

However, just as "Tocar y Luchar (Play and Fight)”, the motto of El Sistema, children are trying to overcome their challenges.

Many people are moved by his performance and it might be because he has been facing to music sincerely and with humility, with these words in his hearts.

In the World Children’s Festival, we can enjoy his music for two days.

In the Chamber Music stage on April 3rd, he plays together again with Ayana Tsuji (Violin), Ayako Tahara (Viola), and Mami Hagiwara (Piano). Ensemble with other artists from El Sistema, such as Alexis Cardenas and Pacho Flores is another highlight where you will take in the exquisite beauty of double bass.

On the Orchestra Stage on April 4th, he will color the finale of Beethoven’s Symphony No.9 together with all the children.

Please enjoy the world of beautiful music created by artists and children, connected by El Sistema! 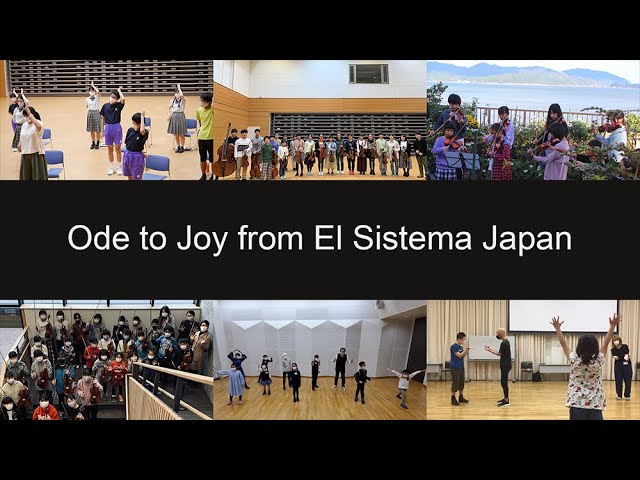